The idea for further conducted simulations begins with the introducing convection phenomenon in the slurry chambers. Instead of introducing a new physics to our previous modeled geometry we started a new model of micro-mixer with inlets and outlets for particles to move with user fixed density. This is the first step to which will help us to utilize the fluid dynamics in flow capacitor model. Below in the figure 1 is the geometry shown for one micro-mixer and the velocity variation of particles. In figure 2 is th particles path in the mixer, starting from inlet for next 2sec. 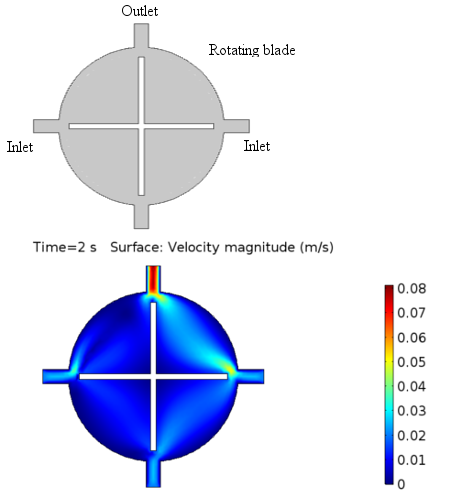 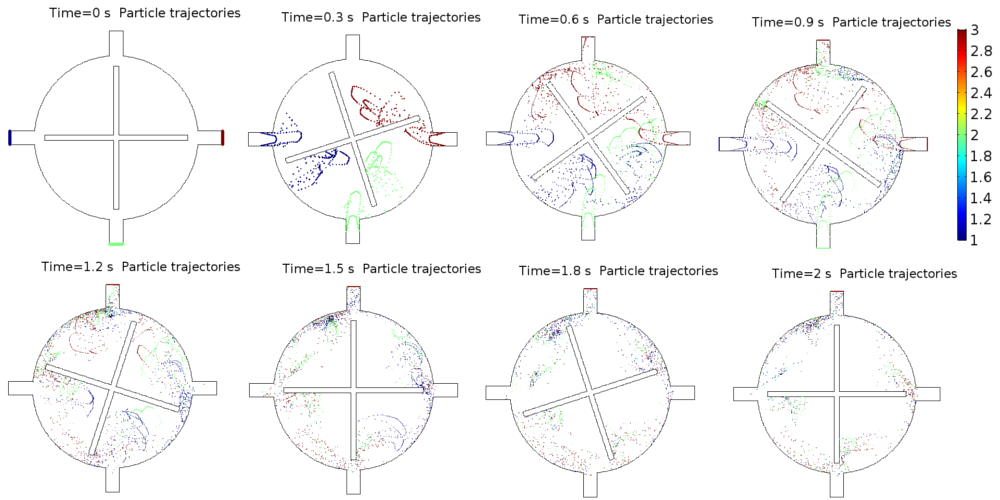 03.11.2017 : In start we used the micro-mixer model which is assumed as a slurry chamber, and step wise introduced another micro-mixer for second slurry chamber. The first problem that arise is the coupling of both chambers in a way that both mixers should be moving but because of some overlapped boundary conditions only one mixers was moving. After careful analysis of two coupled mixers and introducing the new boundary conditions we are successful in get running both mixers together. 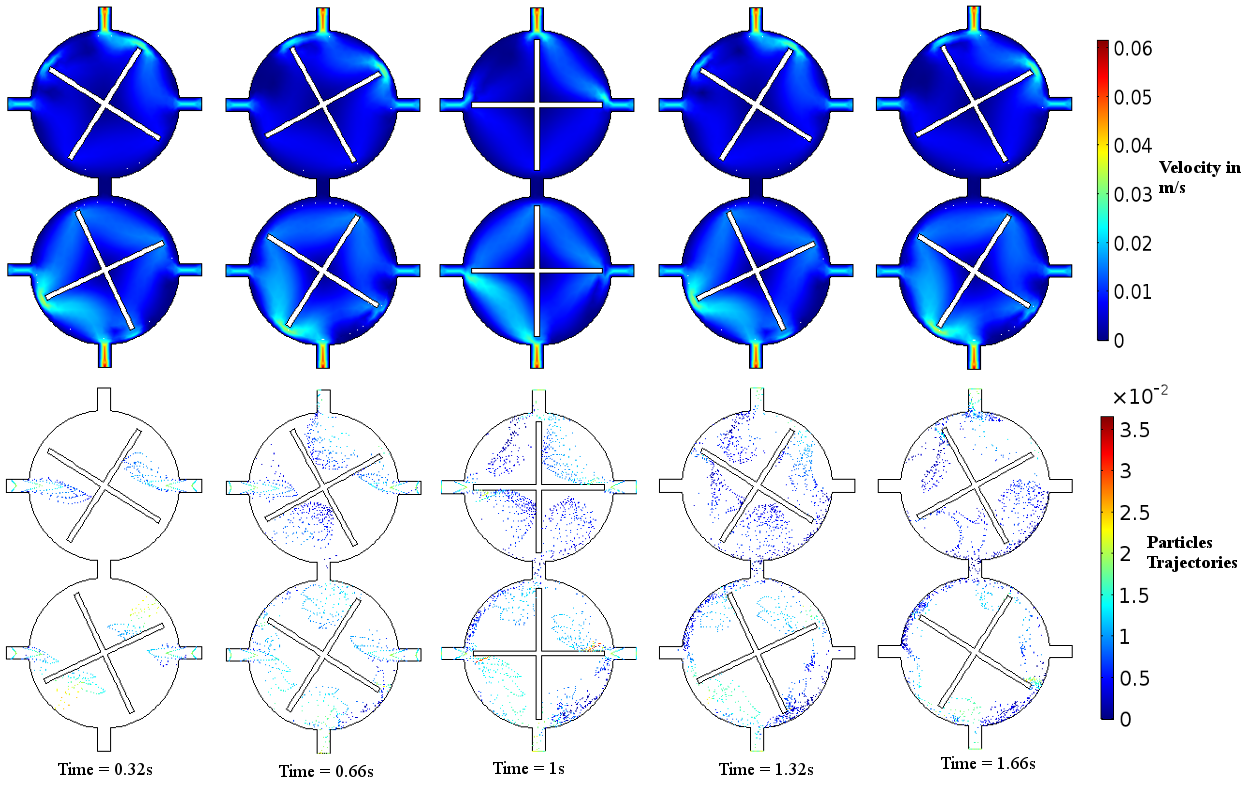 06.11.2017 : Calculations after the inactivity of inlets and outlets is conducted. To made the mixer move pressure difference in both chambers was introduced. 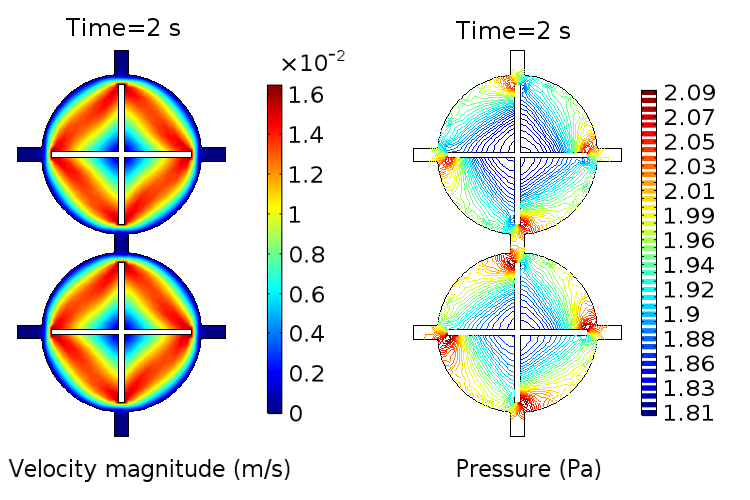 06.11.2017 : While giving the shape of mixer chambers as our flow capacitor flow channels. The radius of the chambers is 3mm and the separator between the channels is 0.1mm*6mm. The simulations were conducted for 2s, with the time step of 0.02s. The next step will be to introduced our flow-cap materials in chambers and scaling up it to experimental prototype. 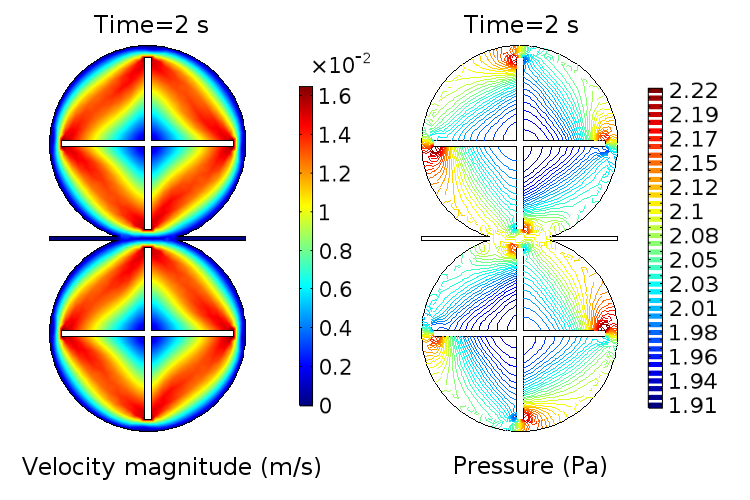 08.11.2017 : Now as the both mixers are working, we introduced some potential to mixers to check how they work within fluid.

For the closer look, here is how current density start changing near boundary.